Series of services tests for MegaFon

In 2013, MegaFon made a decision to improve the customer experience of its subscribers. Our team was invited to conduct research and improve the services of the telecom operator not only in the capital, but in all regions of Russia.

To research 19 services of a telecom operator, identify barriers and propose ways to reduce them. To check the user experience consistency when using services in 7 regions of Russia.

The result of the work was usually the presentation of the final report on each of the services at MegaFon. On the customer's side, there were both representatives of the user interaction department and the direct owners of the services. Subsequently, many of the barriers we identified were removed, and many of the proposed improvements were implemented.

Service testing begins with a specialist’s immersion in the subject area: analysis of the service, target audience, user interaction channels, activation and payment features, similar solutions from competitors. Having understood the specifics of the service, we proceed to developing the testing scenario and individual test cases (tasks). It is important to separate the specific actions and user experience associated with a particular service from the overall cellular usage experience.

After that, channels of interaction with the client are highlighted, since the same action can most often be performed in different ways: through your personal account on the website, using the USSD command, contacting an employee in the sales office or calling the call center. In the case of testing a service in a simple communication channel, the testing scenario is linear: finding out information about the service of interest, enrolling for the service and cancelling it, managing the service, and various additional actions.

In complex channels, for example, in a sales office or when talking to a call center, the script can branch, depending on the responses of the company employee

The result of this stage is a detailed test plan, divided into atomic tasks (cases) and communication channels. All tests include a mandatory comparison of the service with similar services available from competing Big Three telecom operators. 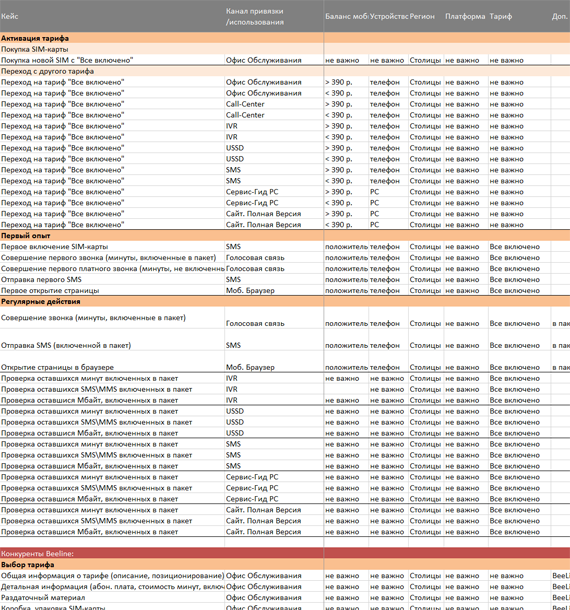 After agreeing on the test scenario with the customer, the analyst performs all tasks for the scenario. The result of passing each case is recorded as a screenshot of the screen of a mobile device or website, or as an audio recording of the words of a company employee. As you go through all the tasks, the table is painted in variegated colors to highlight problem areas in the user path, the least effective communication channels – a quantitative data array is formed. 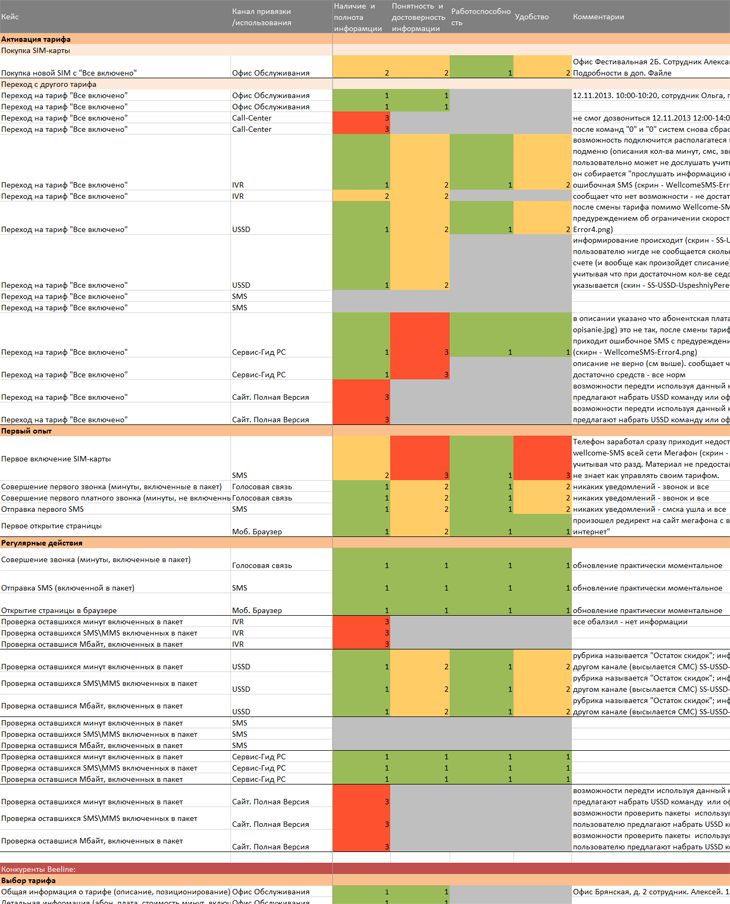 After passing through all the cases of the scenario, the analysts began to process the received raw data. Each channel of interaction was assessed in terms of the user's path complexity, the main barriers and transitions between channels leading to nowhere were highlighted. 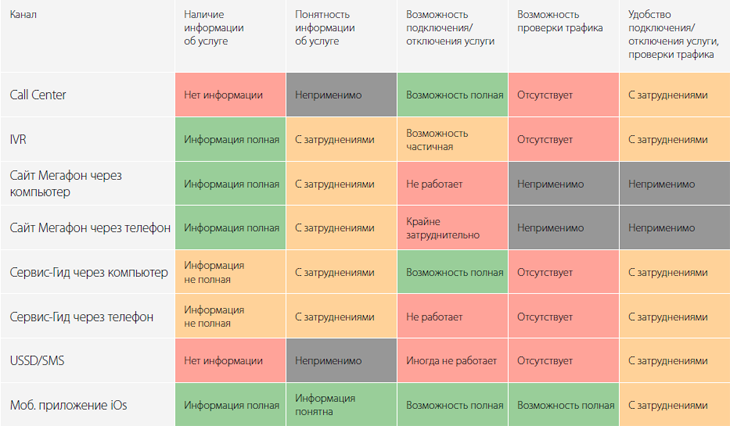 The final report details each step of the user journey, identifies problems and suggests ways to solve them. In those cases where specifics were required, new structures of the USSD menu, scripts of responses of call-center operators, texts of sent SMS and so on were developed. 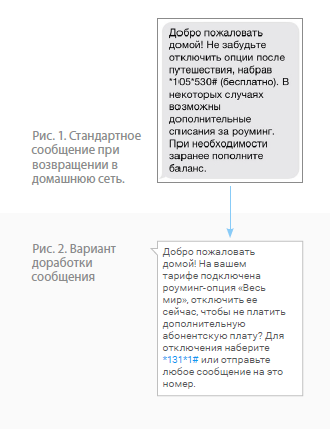 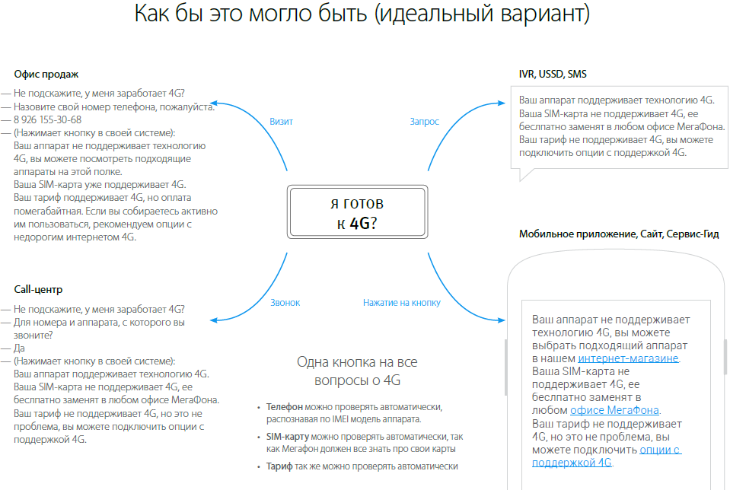 All recommendations listed in the reports are additionally ranked by two parameters - implementation complexity and criticality for users. The resulting matrix of recommendations allows the customer to immediately focus on the most relevant, yet easily fixable problems. 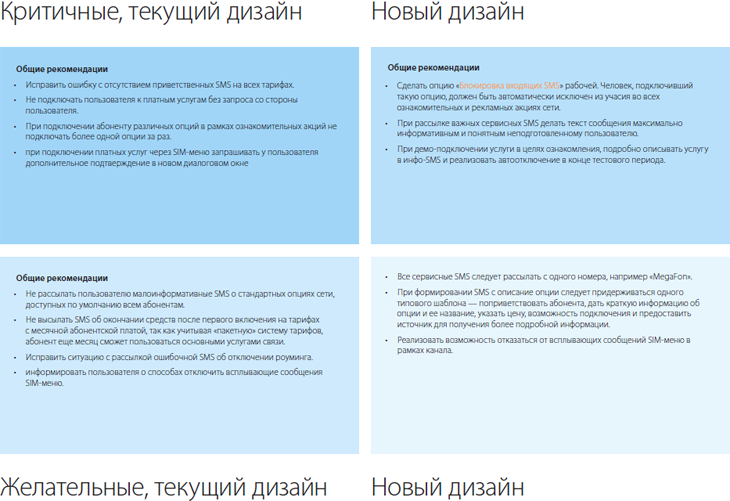 Other projects on Usability testing

Usability testing of the SuperJob.ru employer interface
All projects